Cines de Afganistán. Relatos de género y sociedad was published in the context of the Mobile Cinema tour through Spain, Mexico, and Colombia that took place between 2010 and 2011. The publication introduces the film programme and compiles a selection of interviews and texts. It includes excerpts from an interview between Sandra Schäfer and filmmakers Siddiq Barmak and Latif Ahmadi about the eventful history of Afghan Cinema; an interview with filmmaker and activist Diana Saqeb on the 2009 protests against the Shia Family Law; and an article by Afghan-Canadian journalist Nelofer Pazira about the way she was addressed by international media concerning this protest. In addition, organisers of the SPLICE IN festival, from which the selection of films for this Mobile Cinema tour was taken, reflect on their working process. 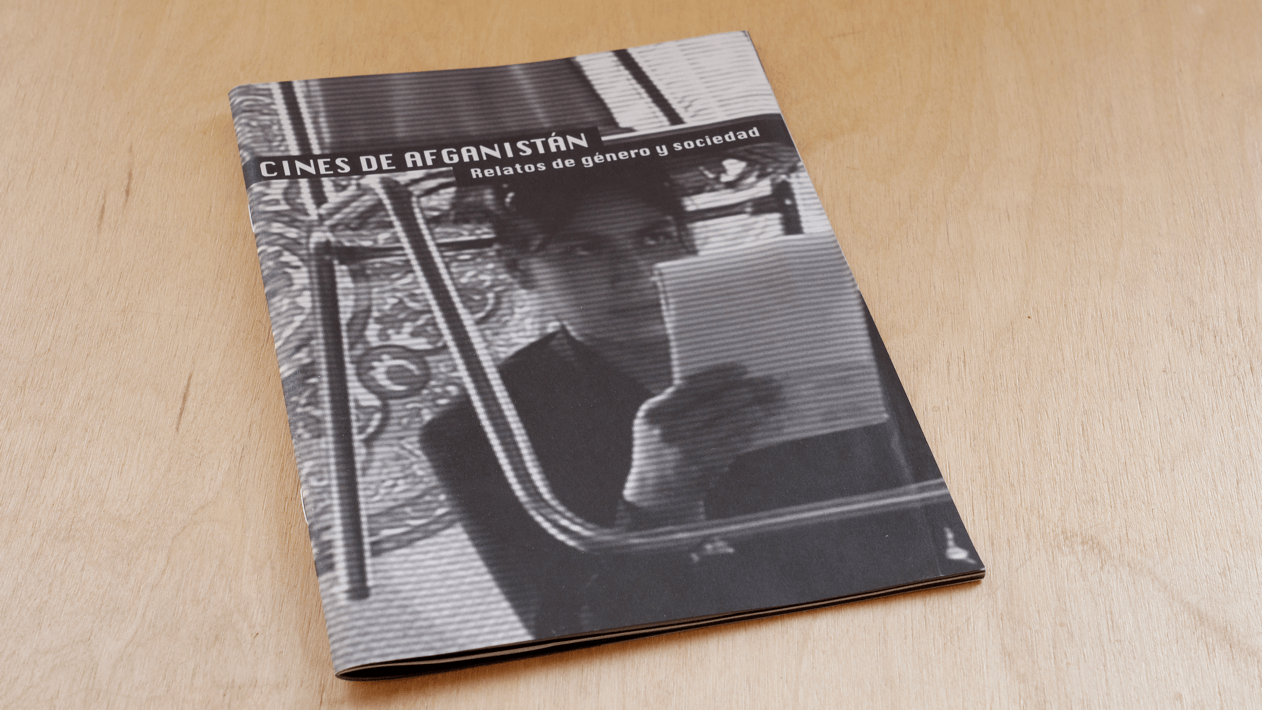 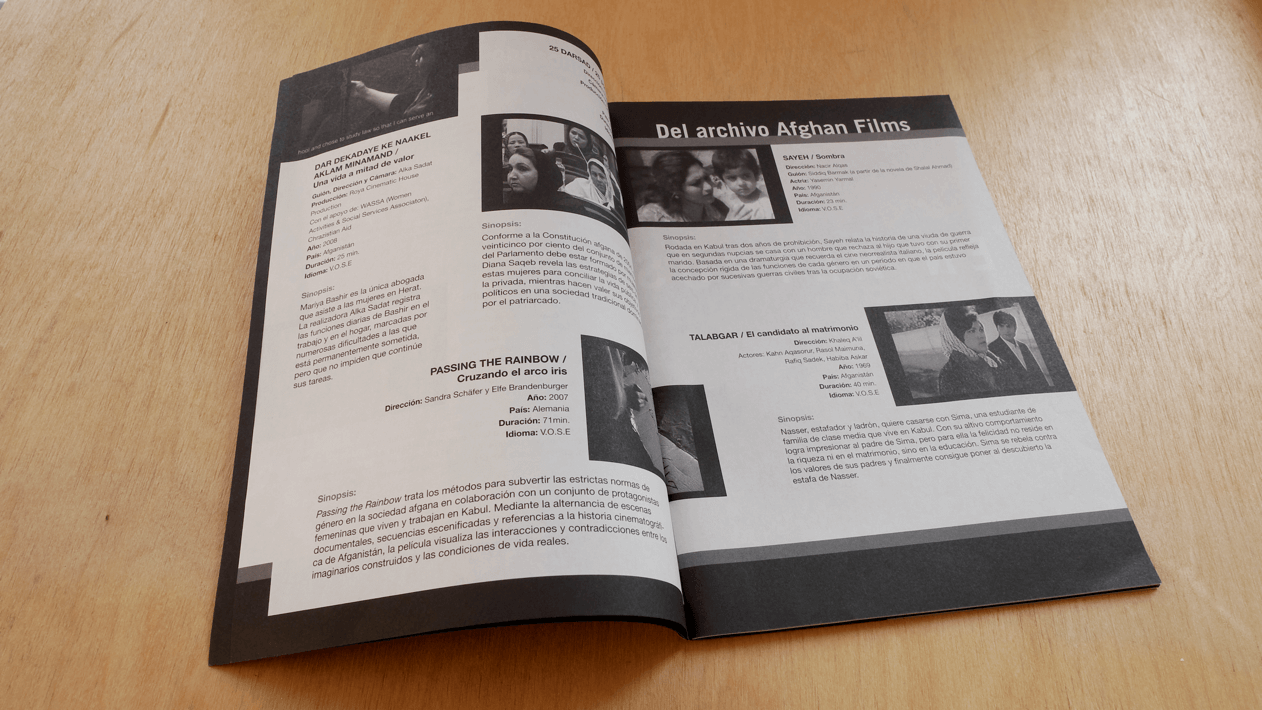