The bilingual (English/Turkish) publication Başakşehir: An Urban Model refers to the identically named video installation made in collaboration with cultural anthropologist Ayşe Çavdar in Istanbul and shown 2014 at the exhibition space Glasmoog/KHM (Cologne).

At the end of the 1990s a new suburb called Başakşehir sprang up in Istanbul, far from the city centre. Originally earmarked as a public housing project, countless gated-community complexes have been erected that are now home to a largely neoliberal Islamic middle class. With its 370,000 inhabitants, Başakşehir is emblematic of a more comprehensive process of transformation; a physical and social restructuring of the city. With the planned construction of an international airport and a second Bosphorus canal, the area is emerging as a new, future city centre. The video installation Başakşehir: An Urban Model traces the layers and contradictions of the unfolding urban transformation. Here urban space constitutes both symbolic and social space and is permeated by capitalist interests. Başakşehir is divided into numerous urban islands. The installation responds to this fragmentation and approaches the varied urban spaces through six different projections.

The publication Başakşehir: An Urban Model consists of two posters. One poster features an assemblage of video stills and quotations from the video installation. The second poster shows installation views of the exhibition at Glasmoog. These posters are accompanied by a conversation between curator Corinne Diserens and artist Sandra Schäfer that took place at the exhibition in Cologne on June 10th 2014. Diserens and Schäfer discuss the unfolding layers and contradictions of the urban transformation in Istanbul’s newly arising Başakşehir district. Furthermore, they reflect on the artistic methods with which Sandra Schäfer has worked in this urban space. 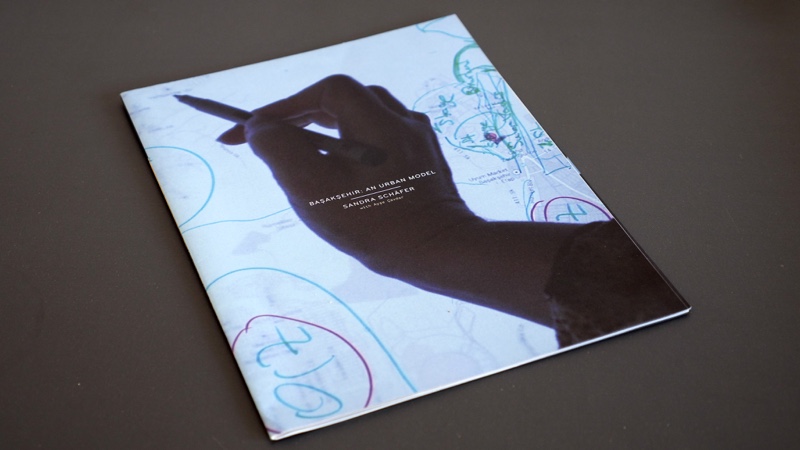 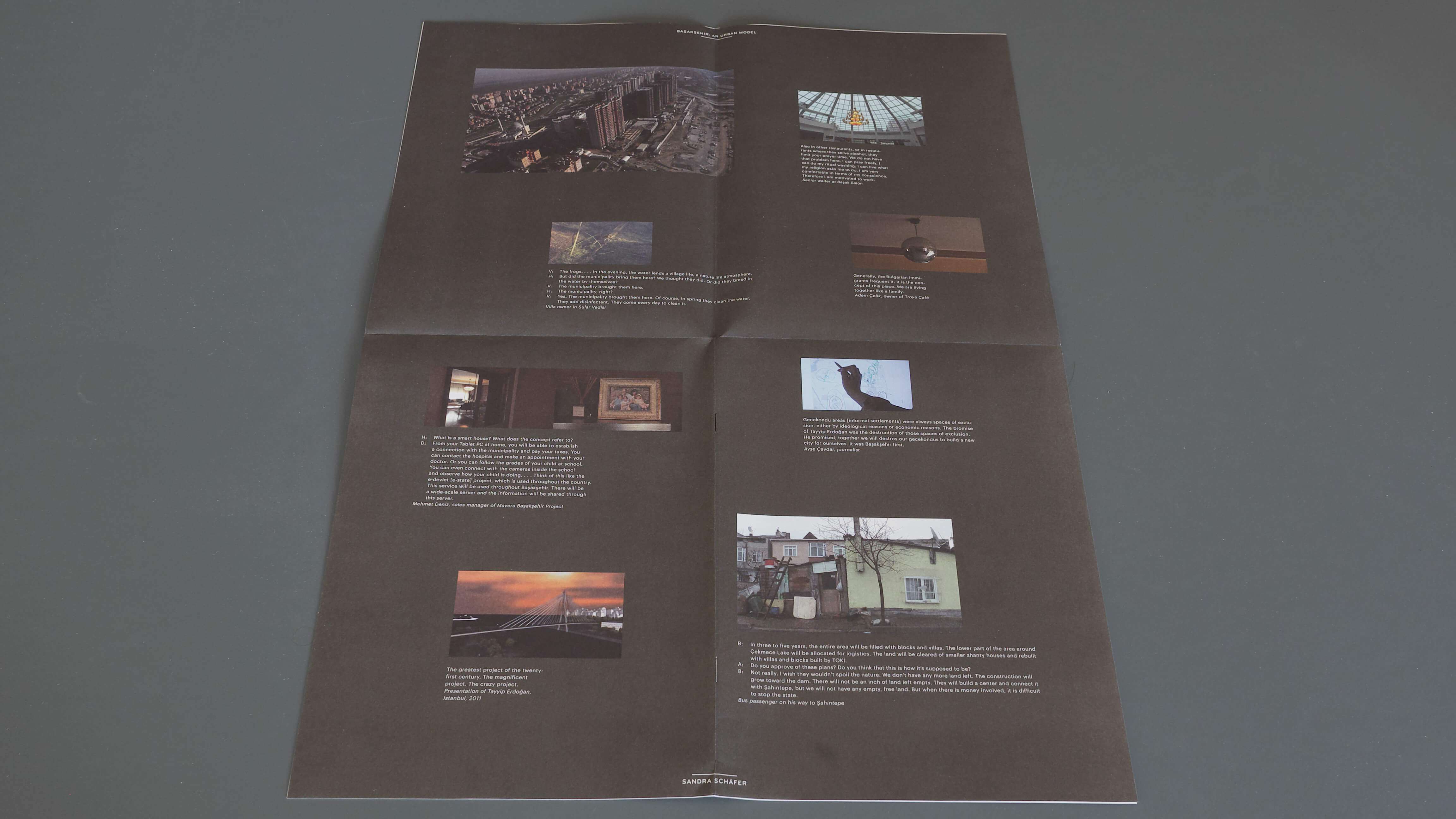 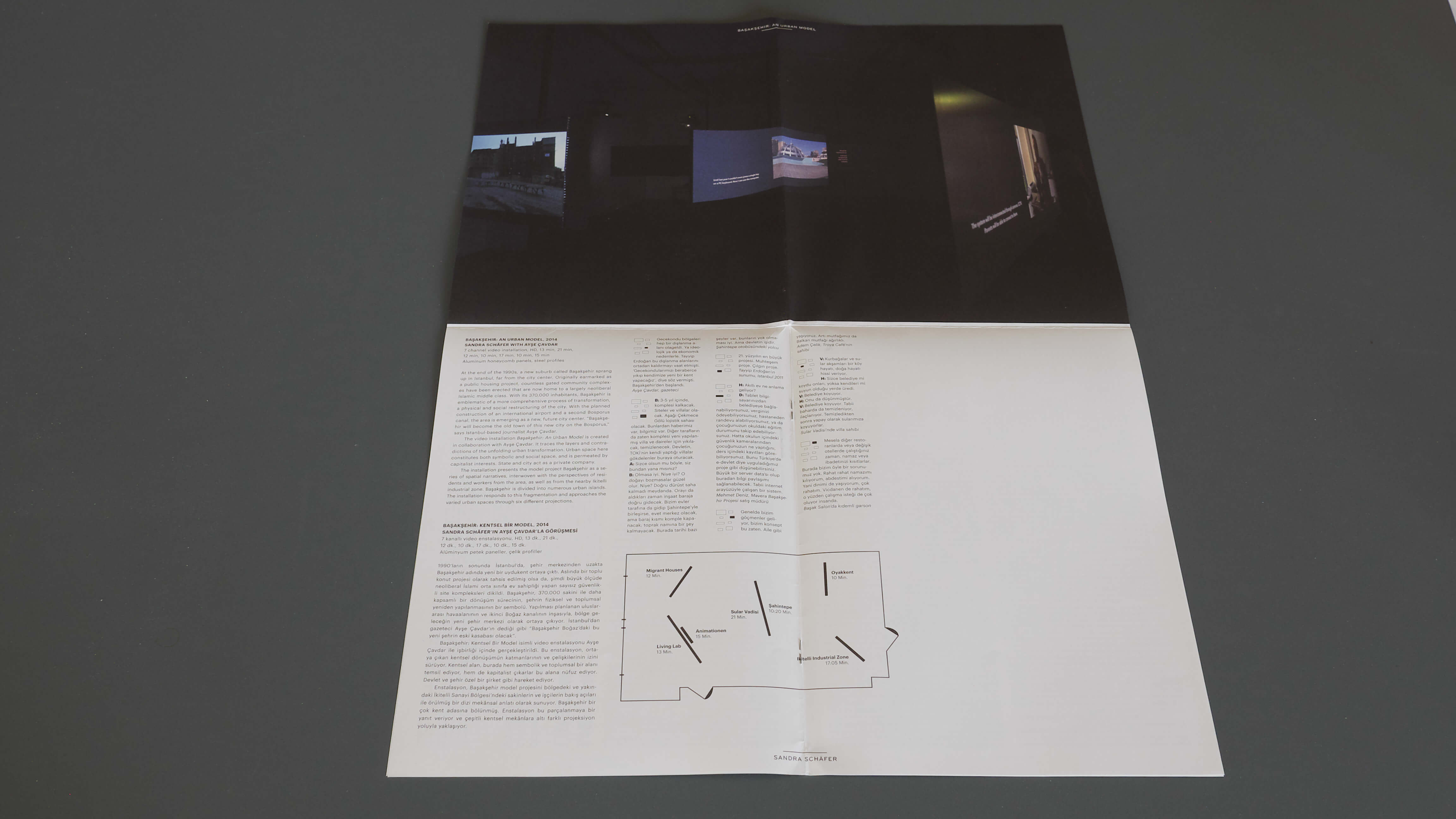