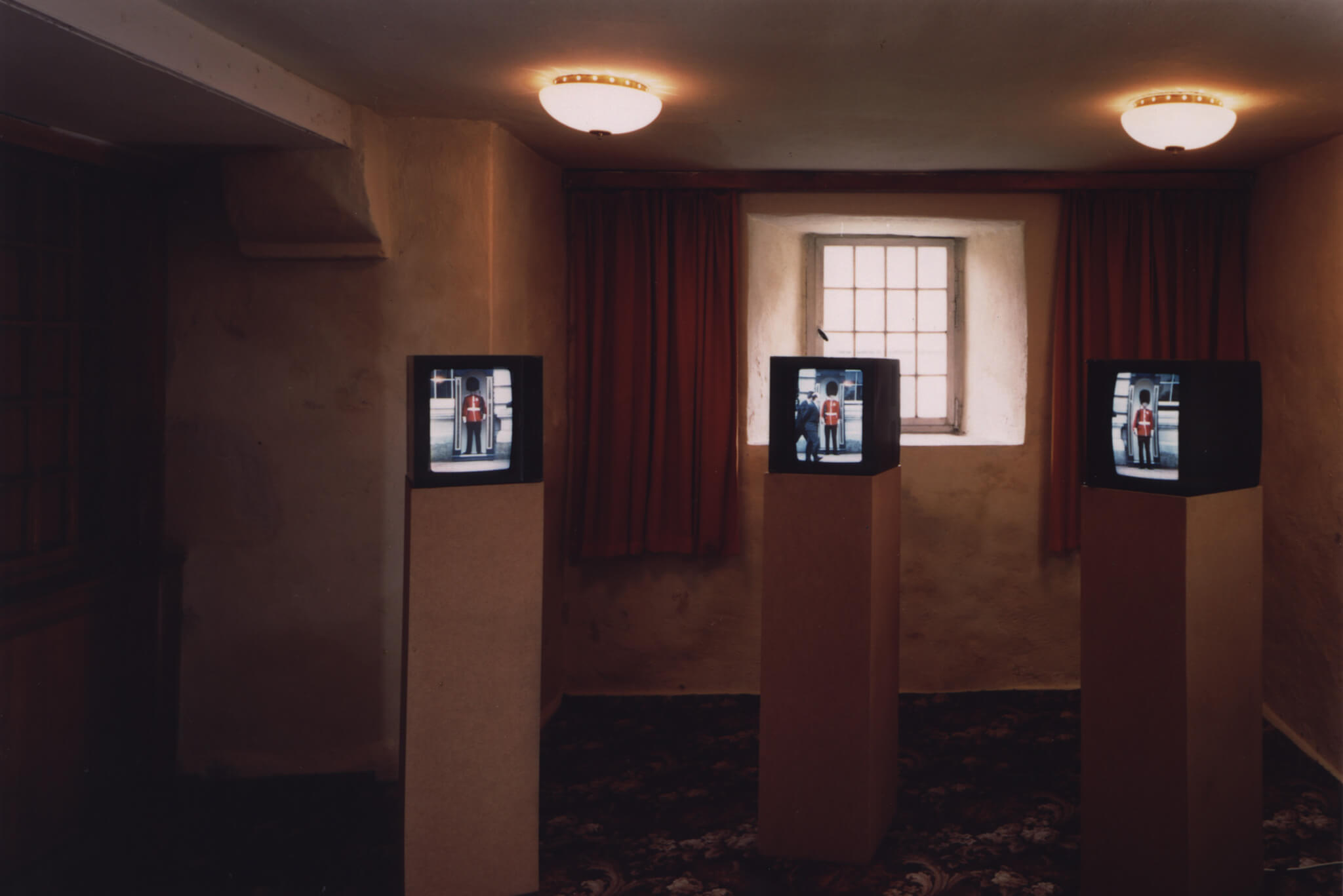 The Royal Guards stand in front of Buckingham Palace in London behind a fence and separated from the tourists at a distance of ten meters. The monarchy represents itself as a uniformed shell. The guards try to embody these shells as perfectly as possible and fail whenever they need to give in to an impulse to move their body. 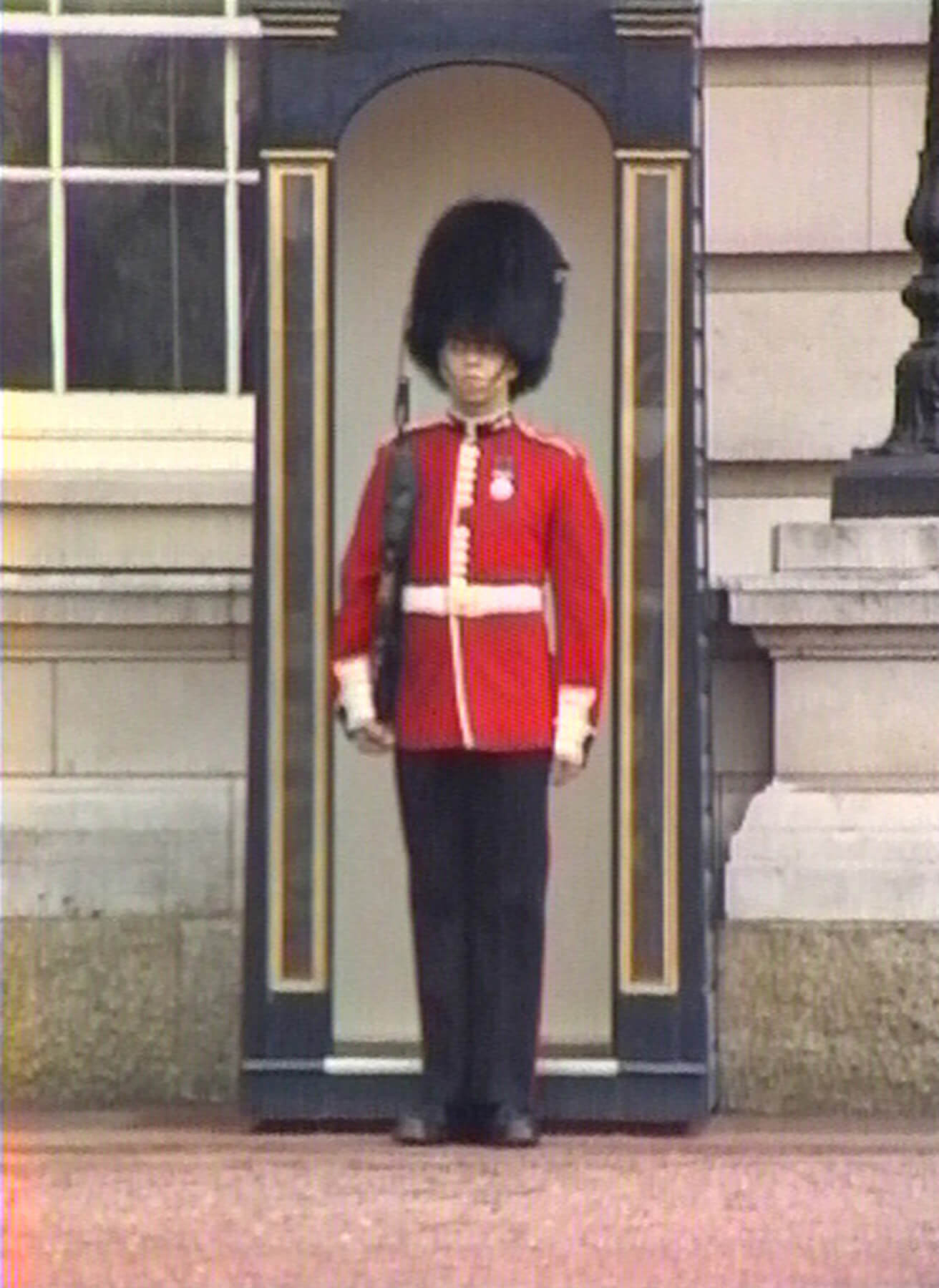 Shift is an installation with three televisions that are turned around so that the image is seen vertically. One of each of the three Royal Guards, guarding Buckingham Palace, can be seen on each monitor. The footage is in real-time. They were filmed in one take. The original sound is removed. 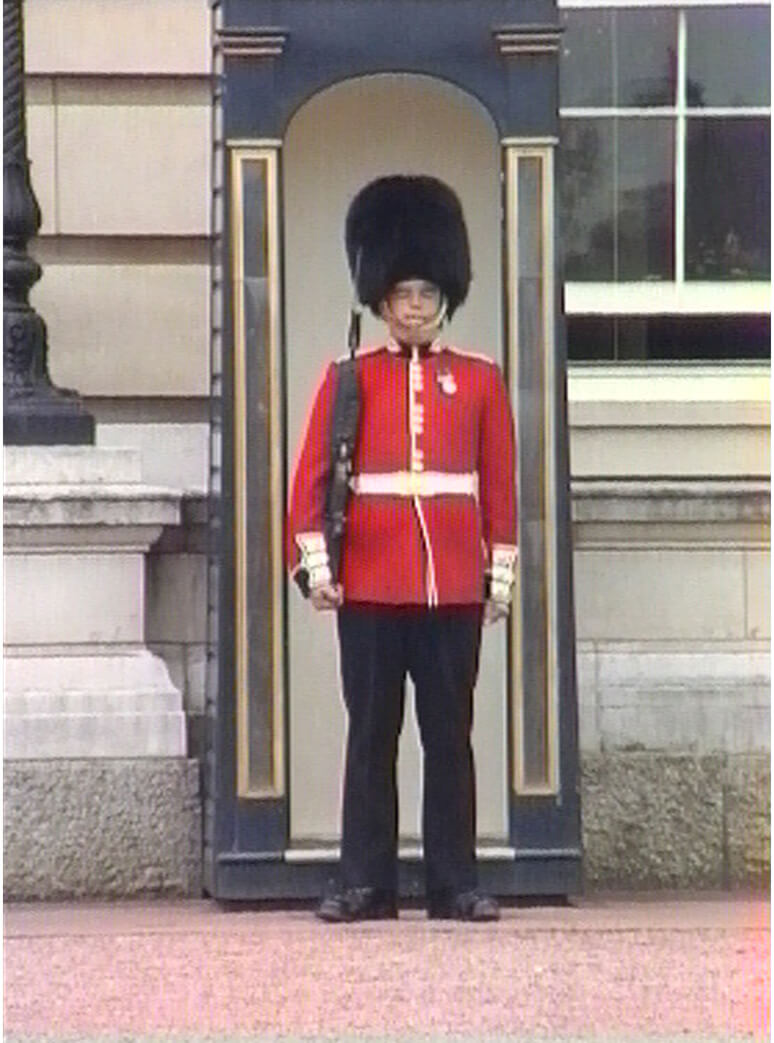 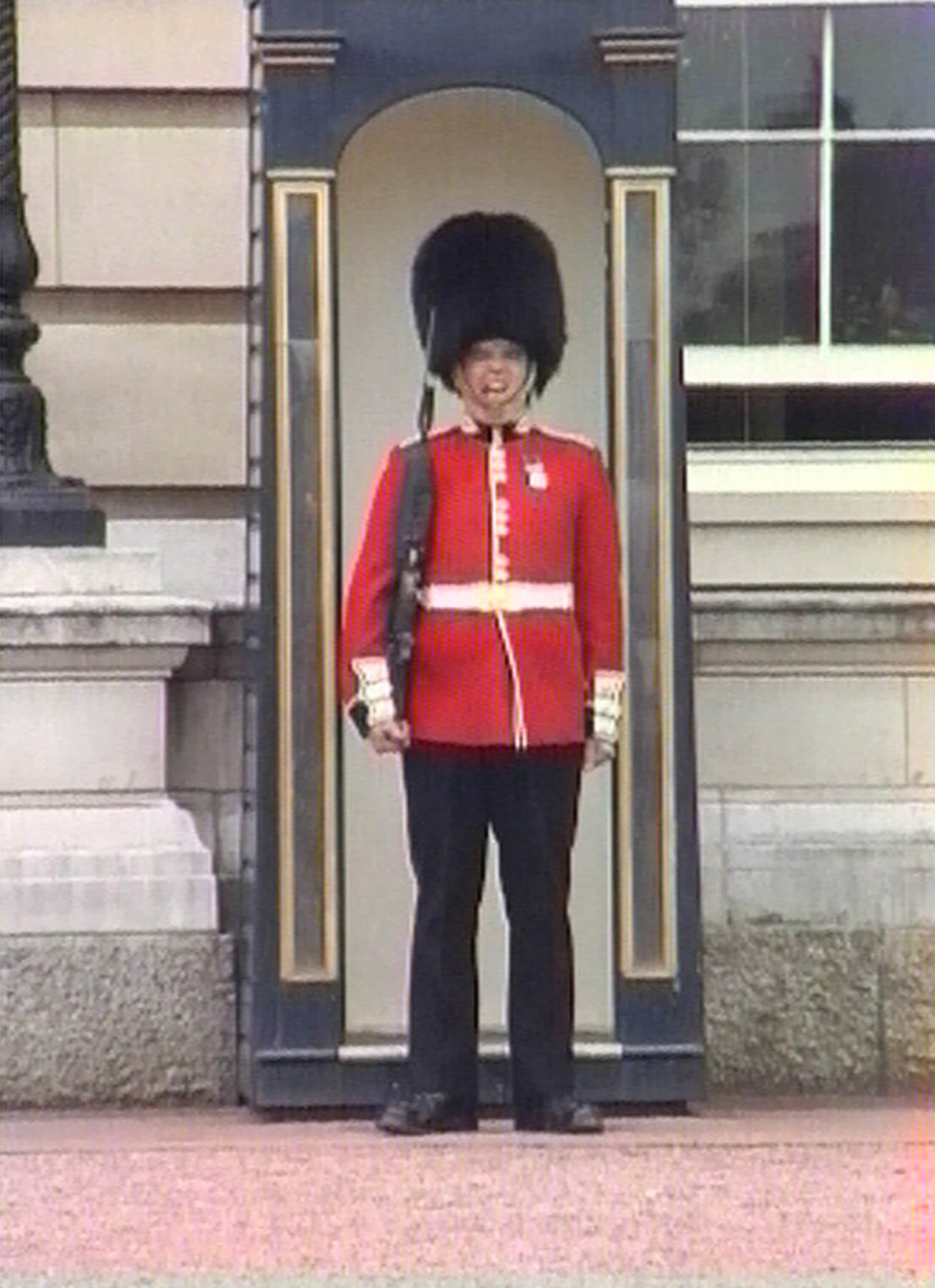 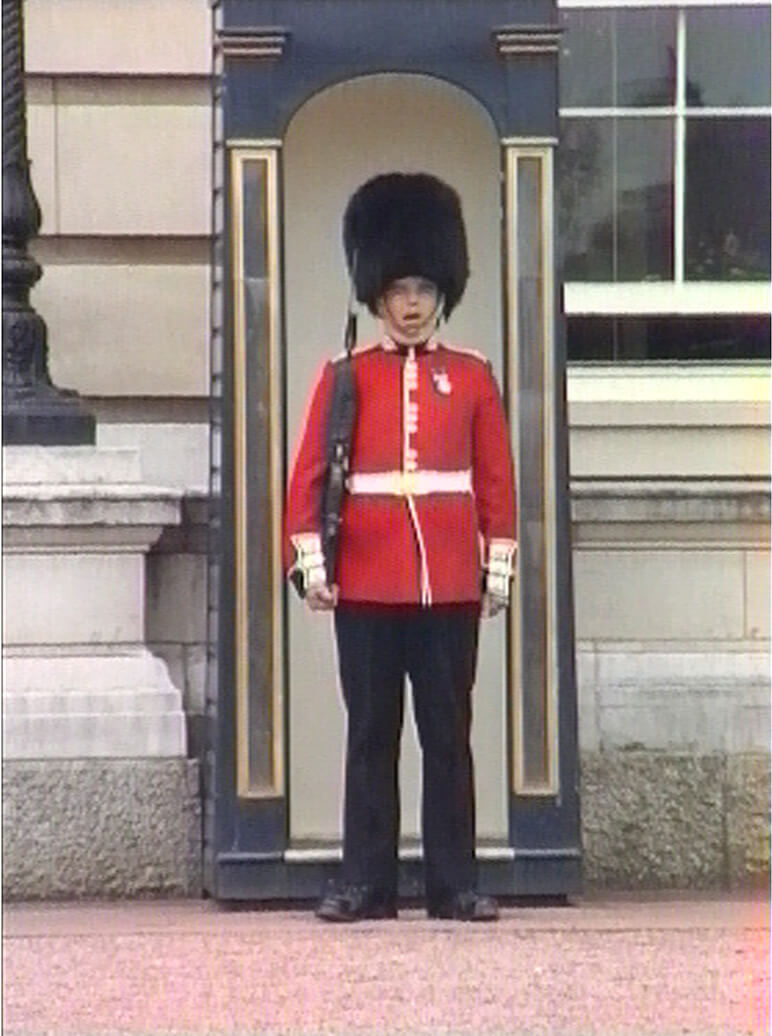 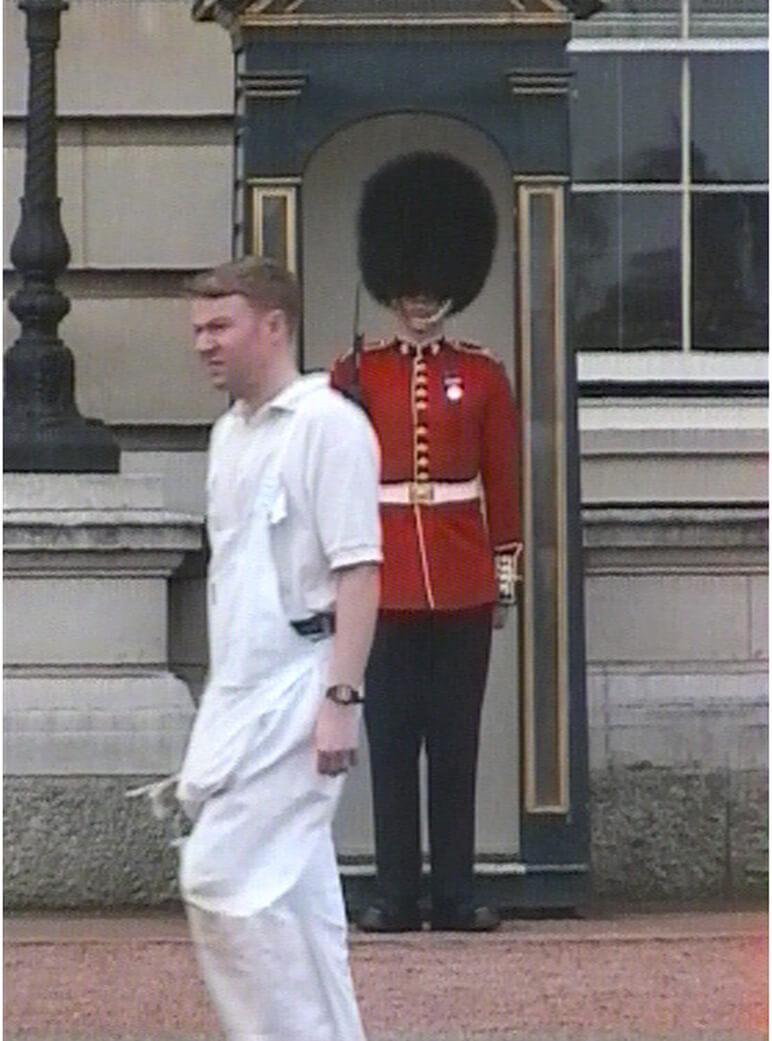 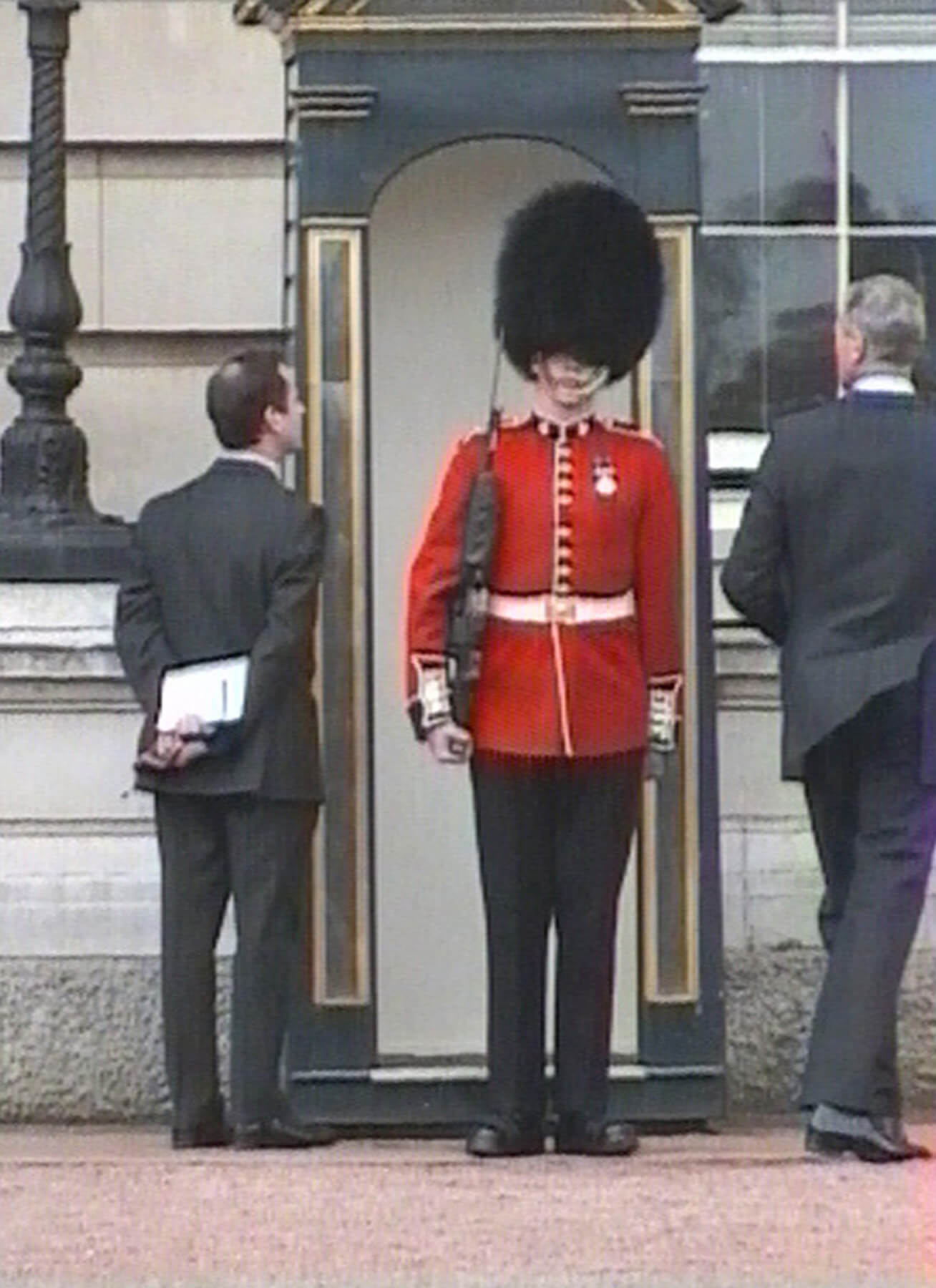 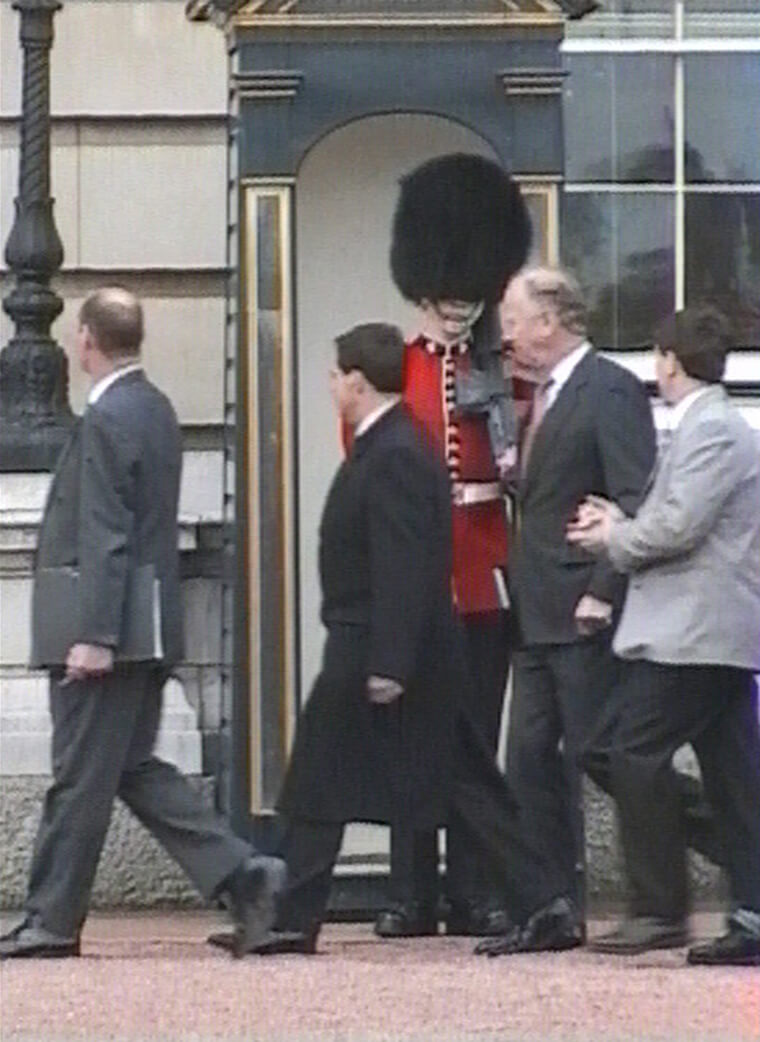 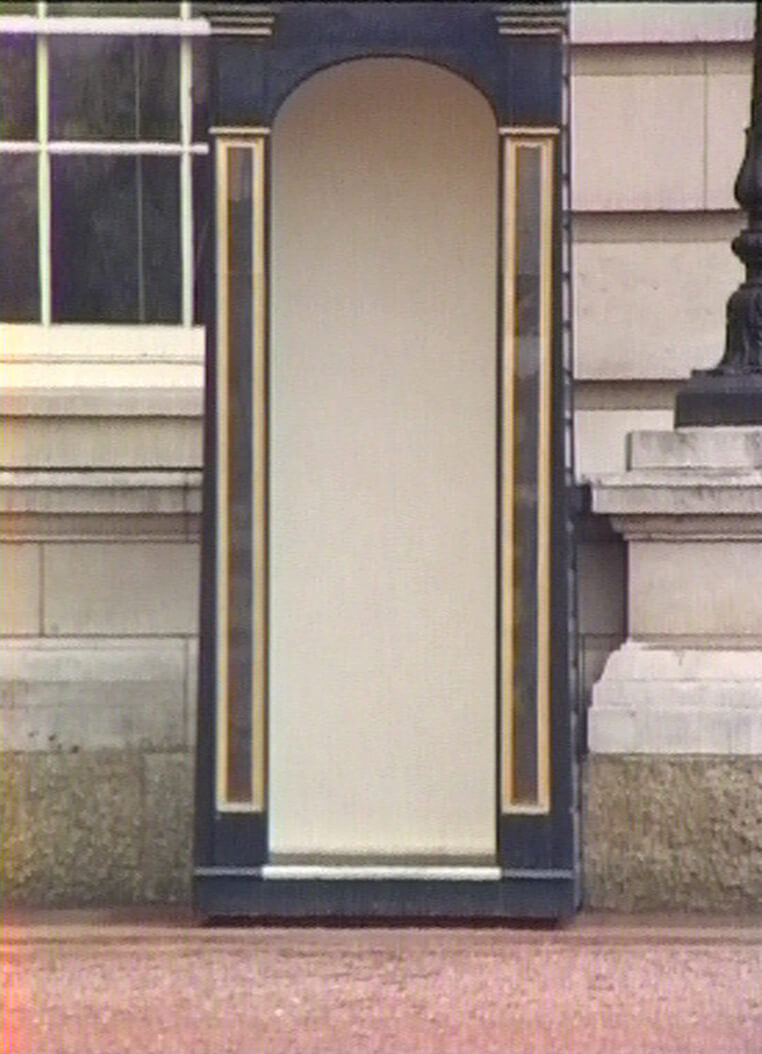 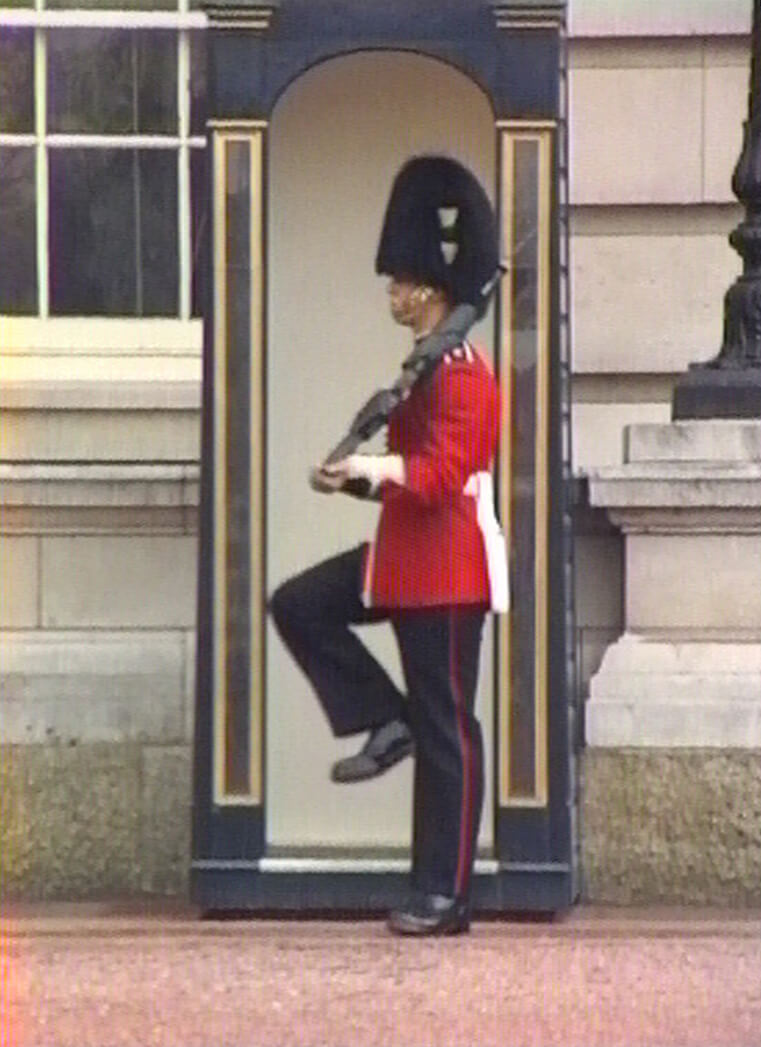