The Shiite dominated neighborhood Haret Hreik in Beirut houses the headquarters of the Hezbollah Party, invisible to the outside. In 2006 the Israeli Army bombarded the neighborhood, which Hezbollah then quickly rebuilt. This rebuilding project is part of a military conflict and a geopolitical network in which architecture takes part in the production of space, landscape, and memory.

The video work shows offices where the reconstruction was planned and designed, one of the rebuilt houses itself, as well as a hall where Hezbollah sympathizers regularly gather to attend video addresses by the party leader Hassan Nasrallah. What does it mean when new buildings are meant to be added without rupture or break into the existing urban structure and into individual memories? How has the interpretation of resistance by Hezbollah become a dominant project that is manifest spatially? What does building mean if it leaves no room for ruins and commemoration, because it thinks in a logic of brief intervals of warlessness?

The work exists both as a 4-channel video installation shown on screens or monitors and as a film divided into 4 chapters. 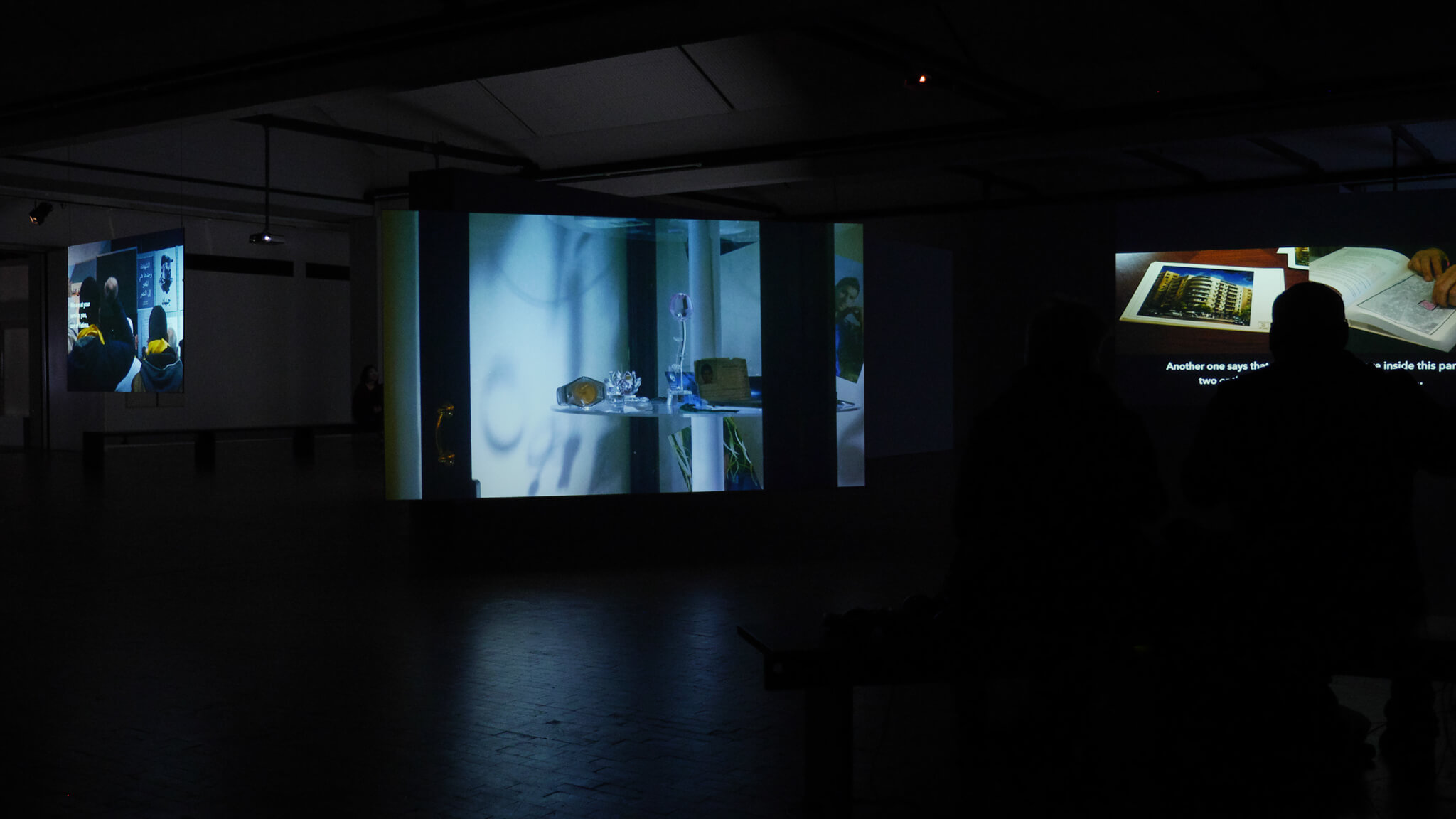 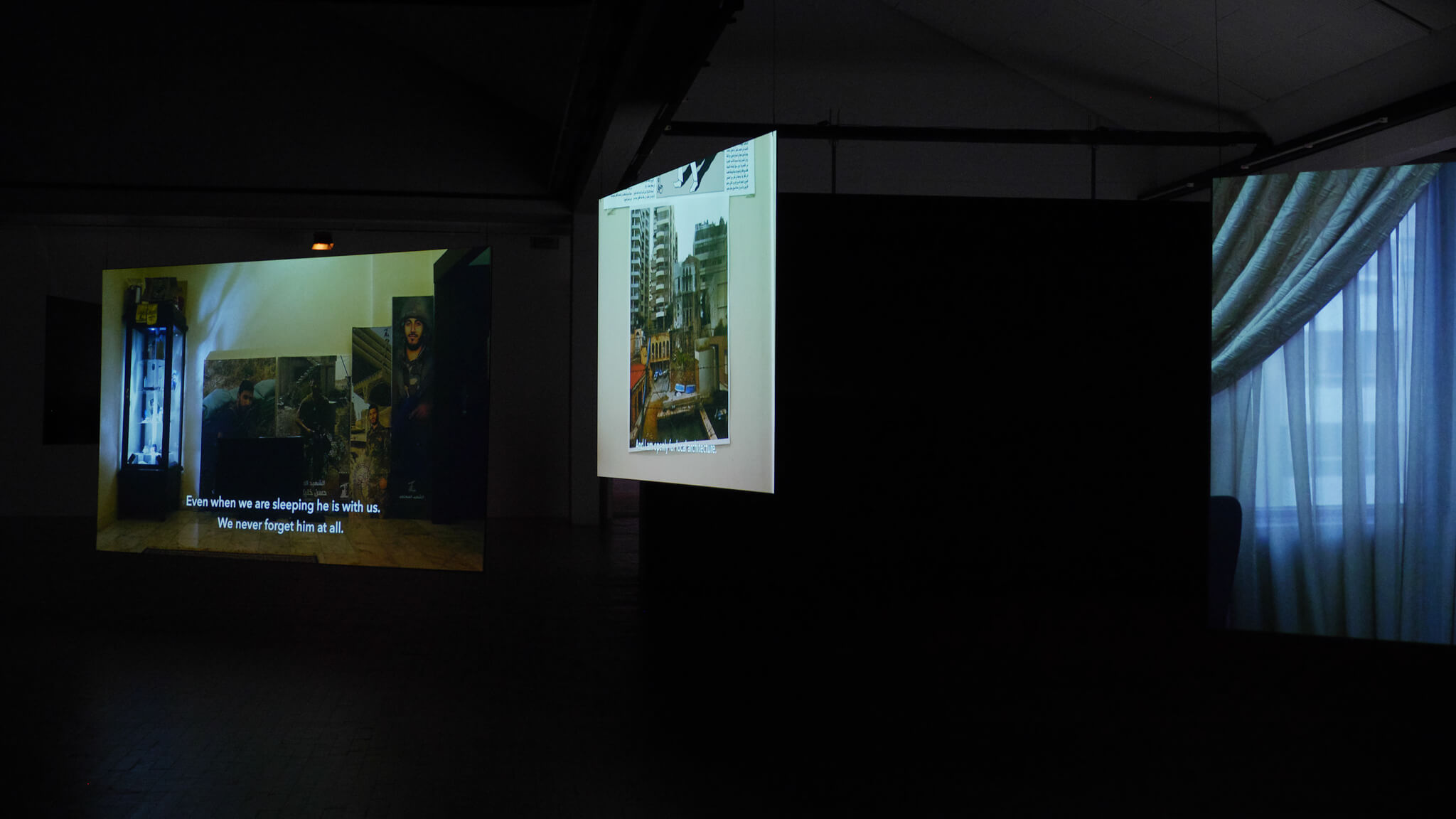 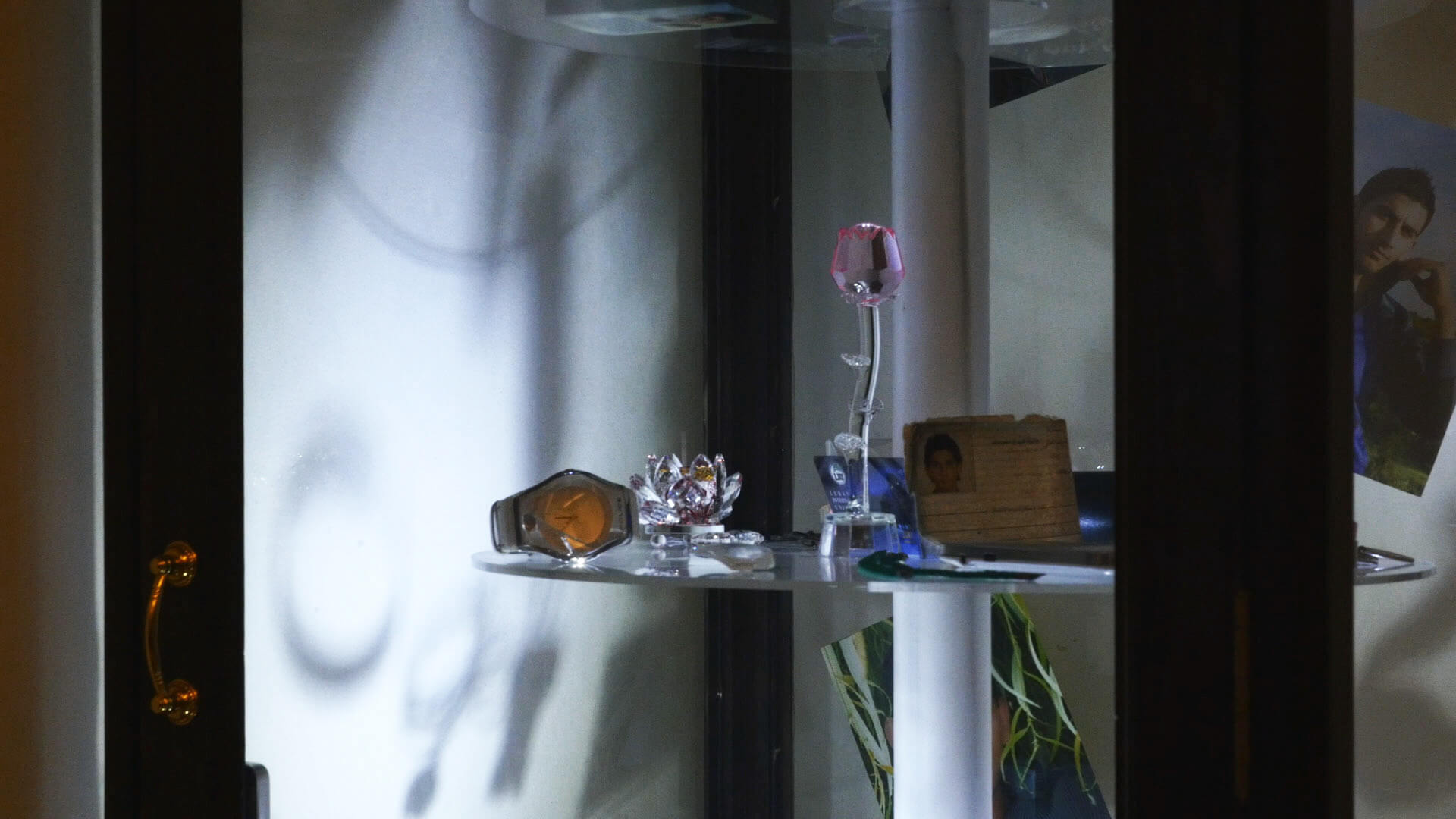 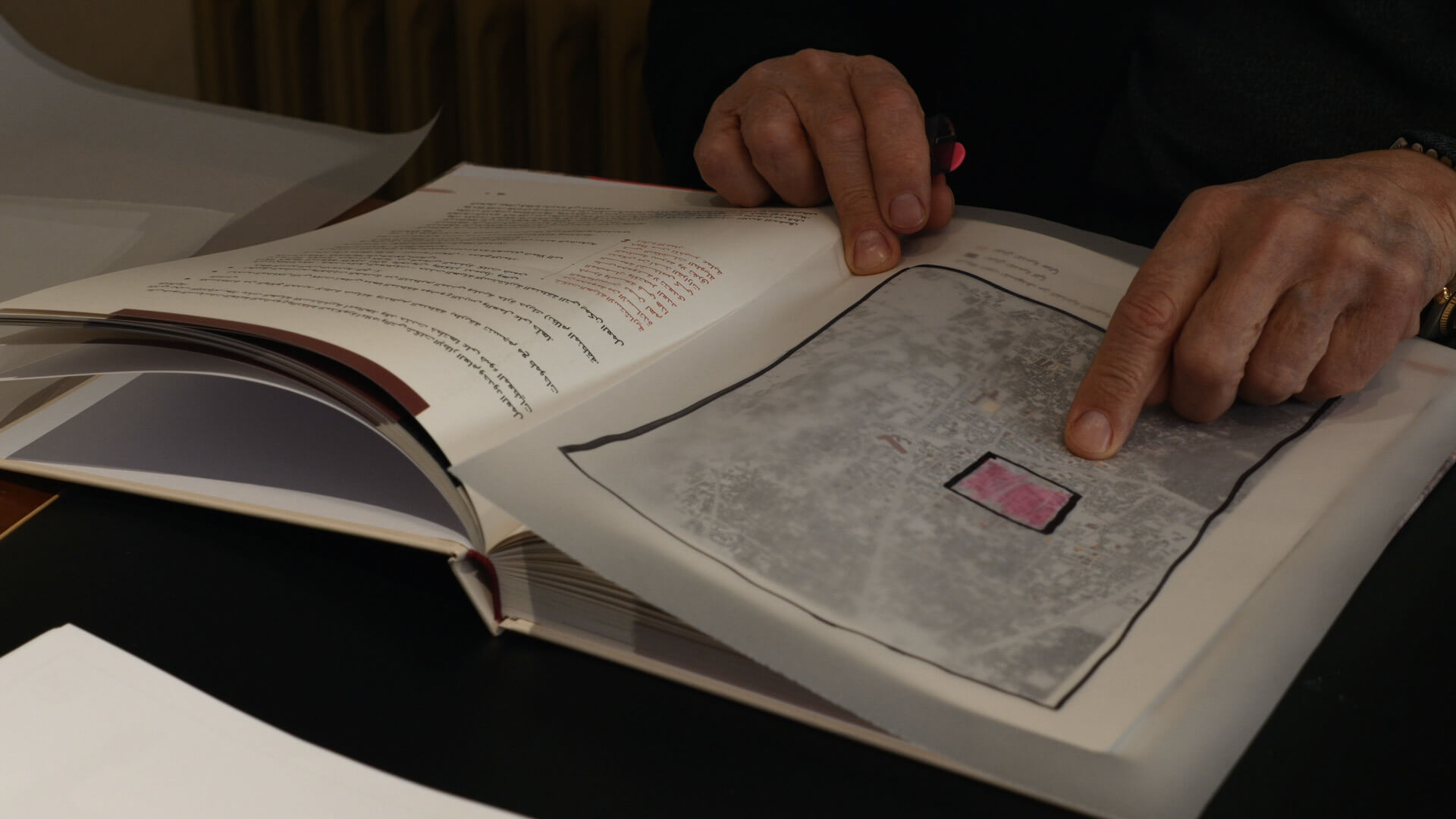 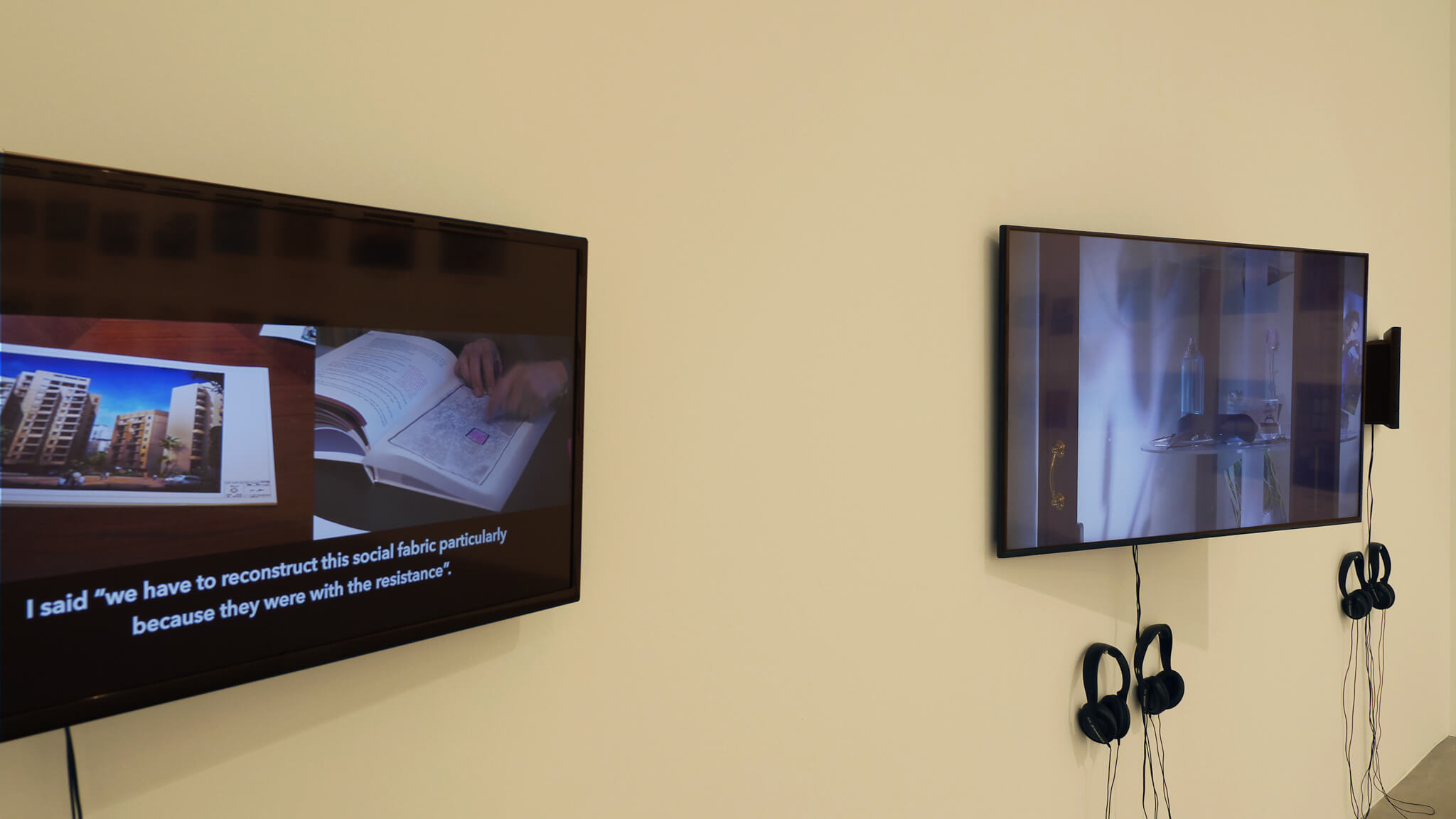 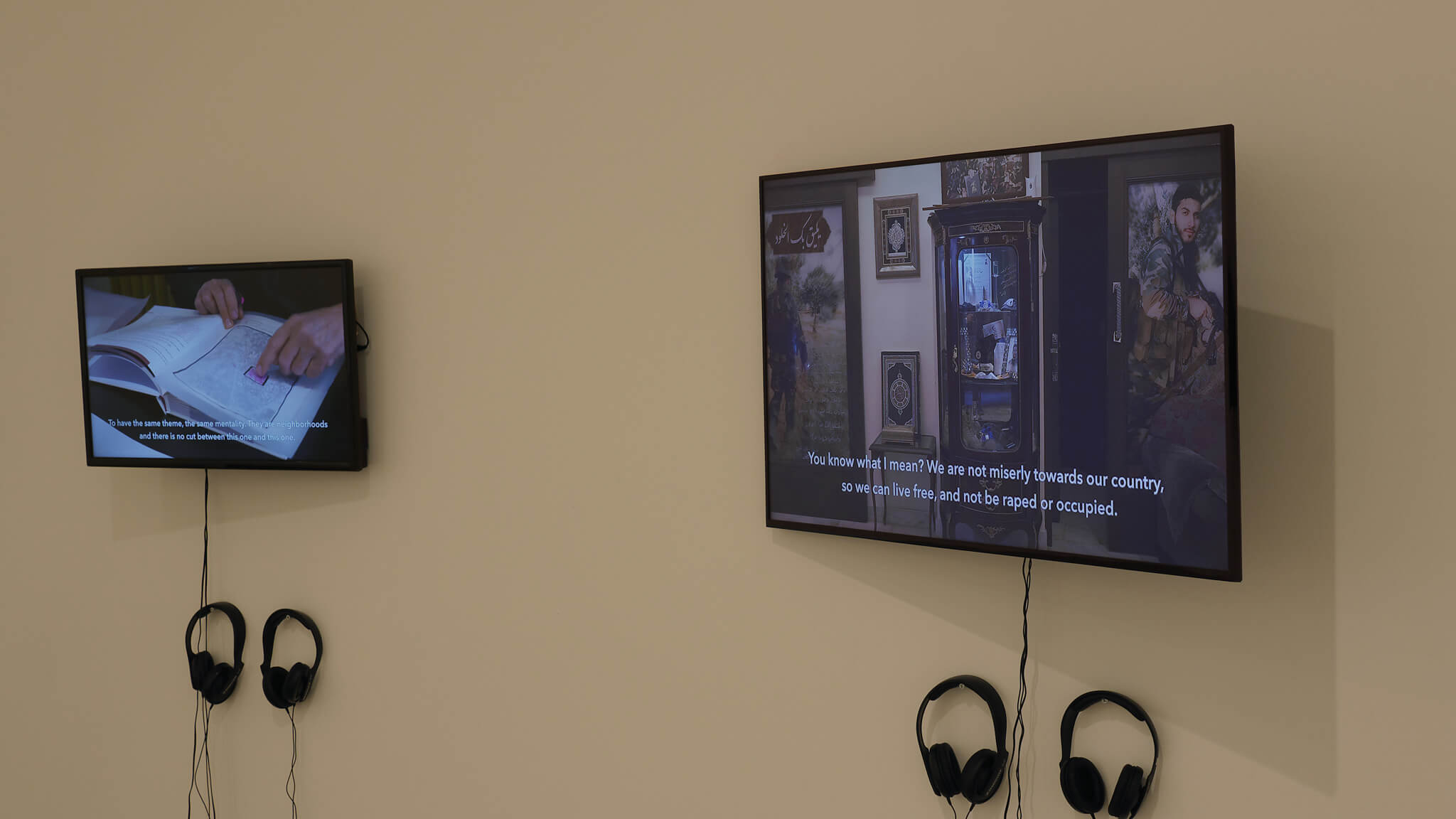