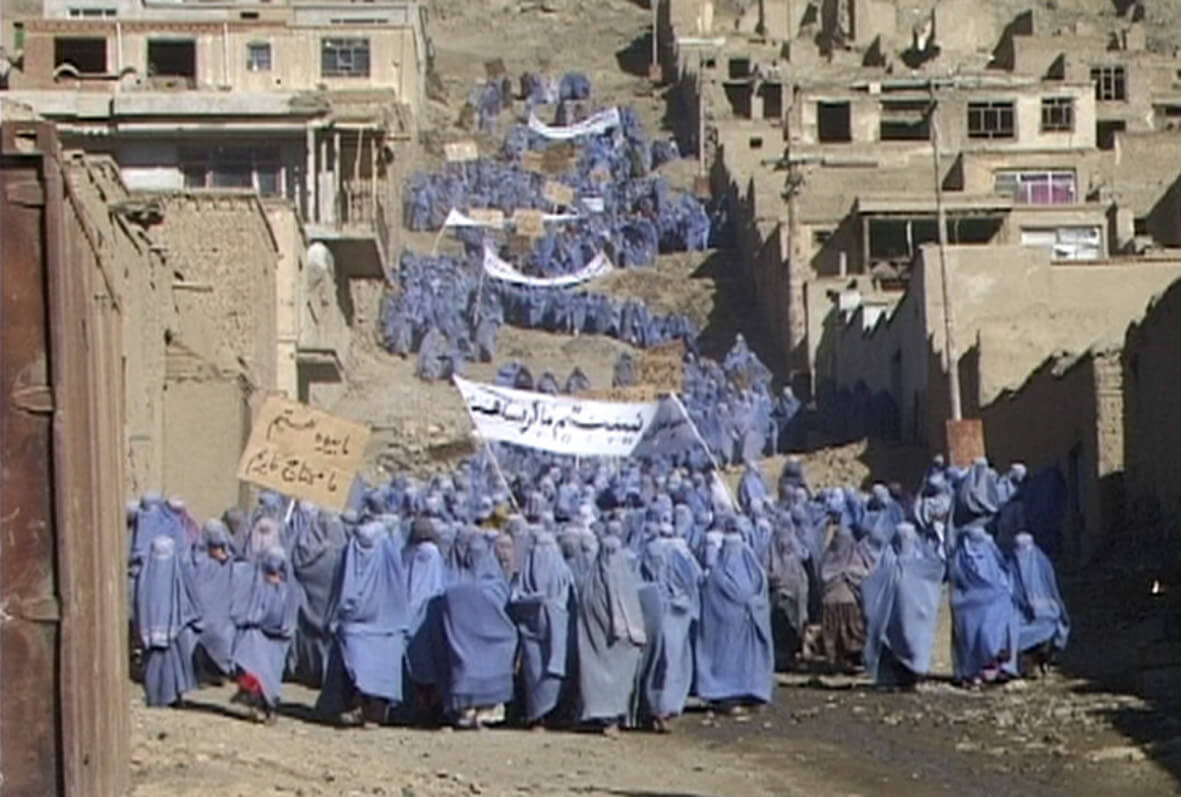 The Making of a Demonstration

The film focuses on the reenactment of a women’s demonstration against the employment ban introduced by the Taliban in 1996. The shots were taken in the streets of Kabul during the shooting of the Afghan feature film Osama in November 2002. One thousand women came to act in this scene. Although the demonstration is a reenactment of a demonstration, it shows a glimpse of the political reality of these women. All protagonists were, without exception, played by individuals who experienced (and experience) what they portray. Their demand for work in the film reflects their present situation: the fact that they act in this demonstration means that they’re able to work, and, furthermore, to demonstrate. 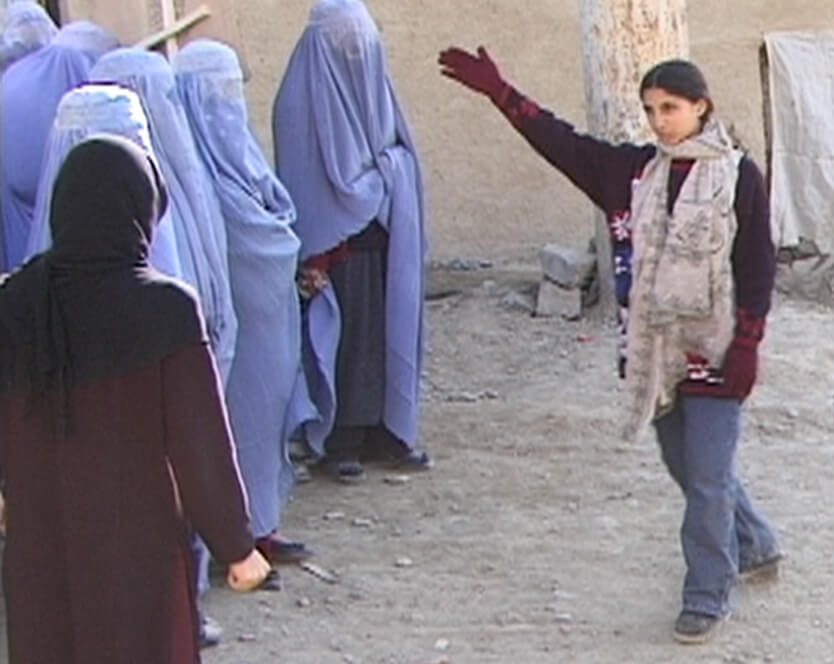 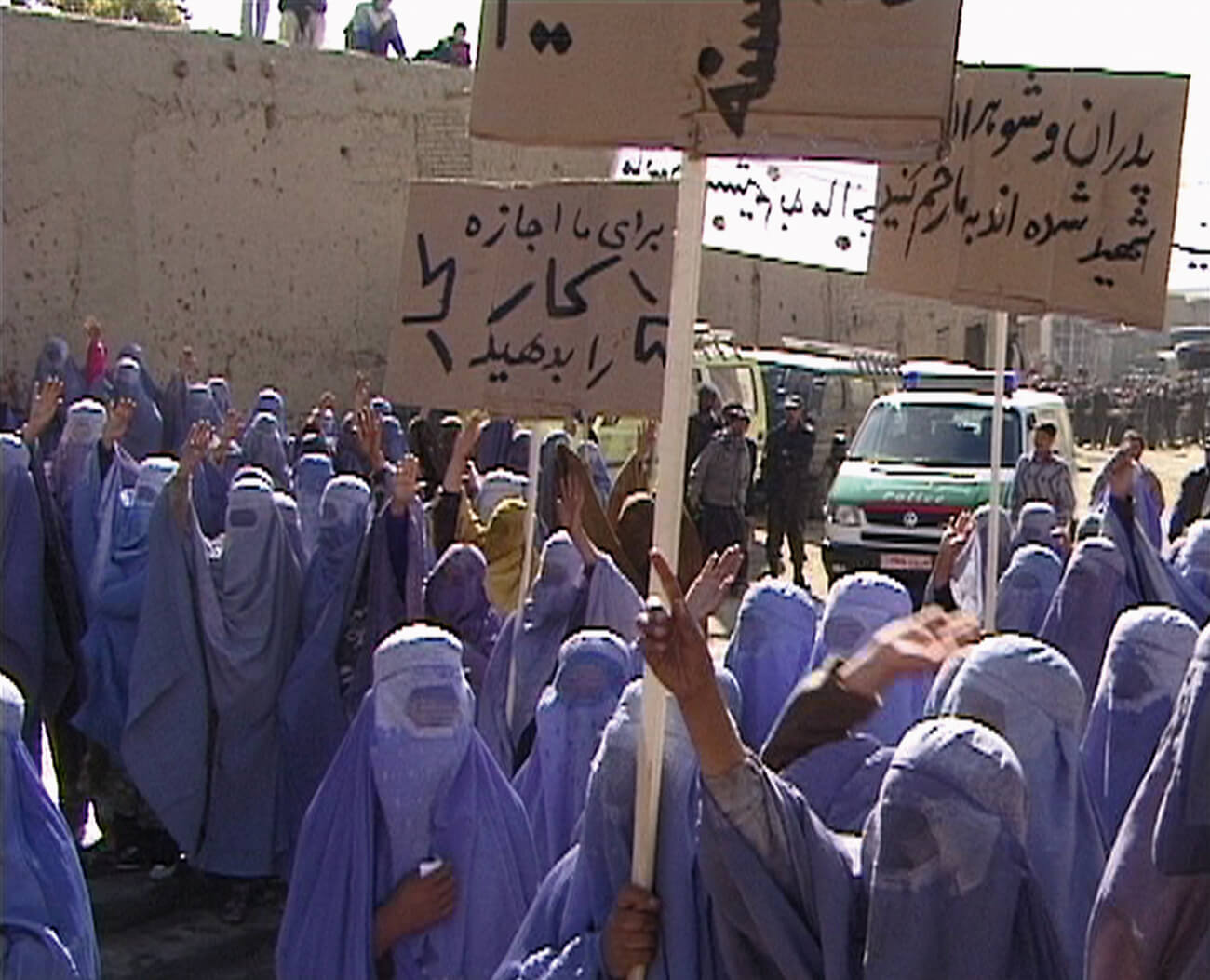