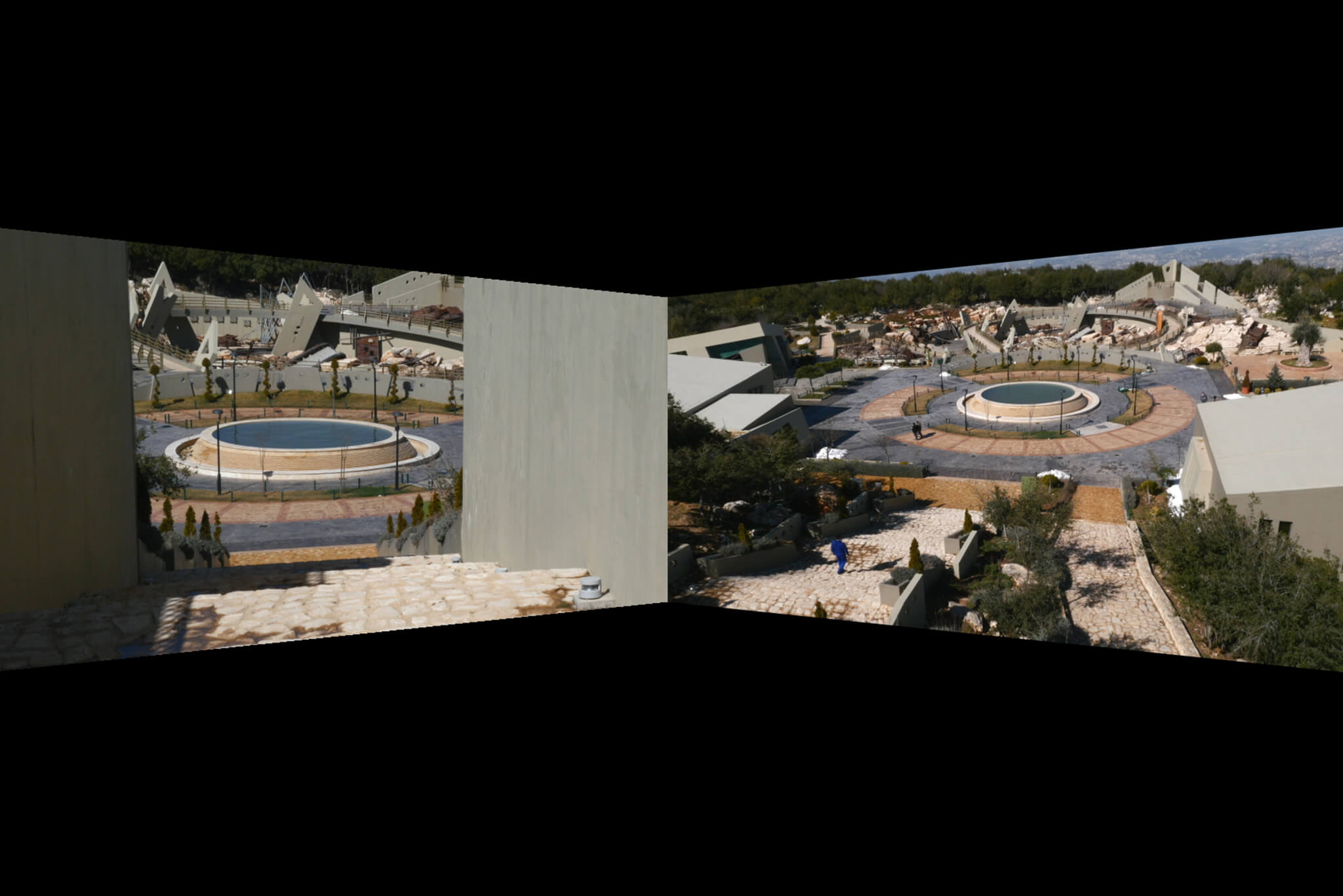 Mleeta was filmed and staged on location at the Museum of Resistance in Lebanon. During the Israeli invasion of southern Lebanon (1982-2000), Mleeta Mountain stood right in the middle of the occupied zone. Thirty-five kilometers from Israel to the south and forty kilometers from Syria to the east, the mountain served as a haven for Hezbollah fighters, making it the site of real battles as well. 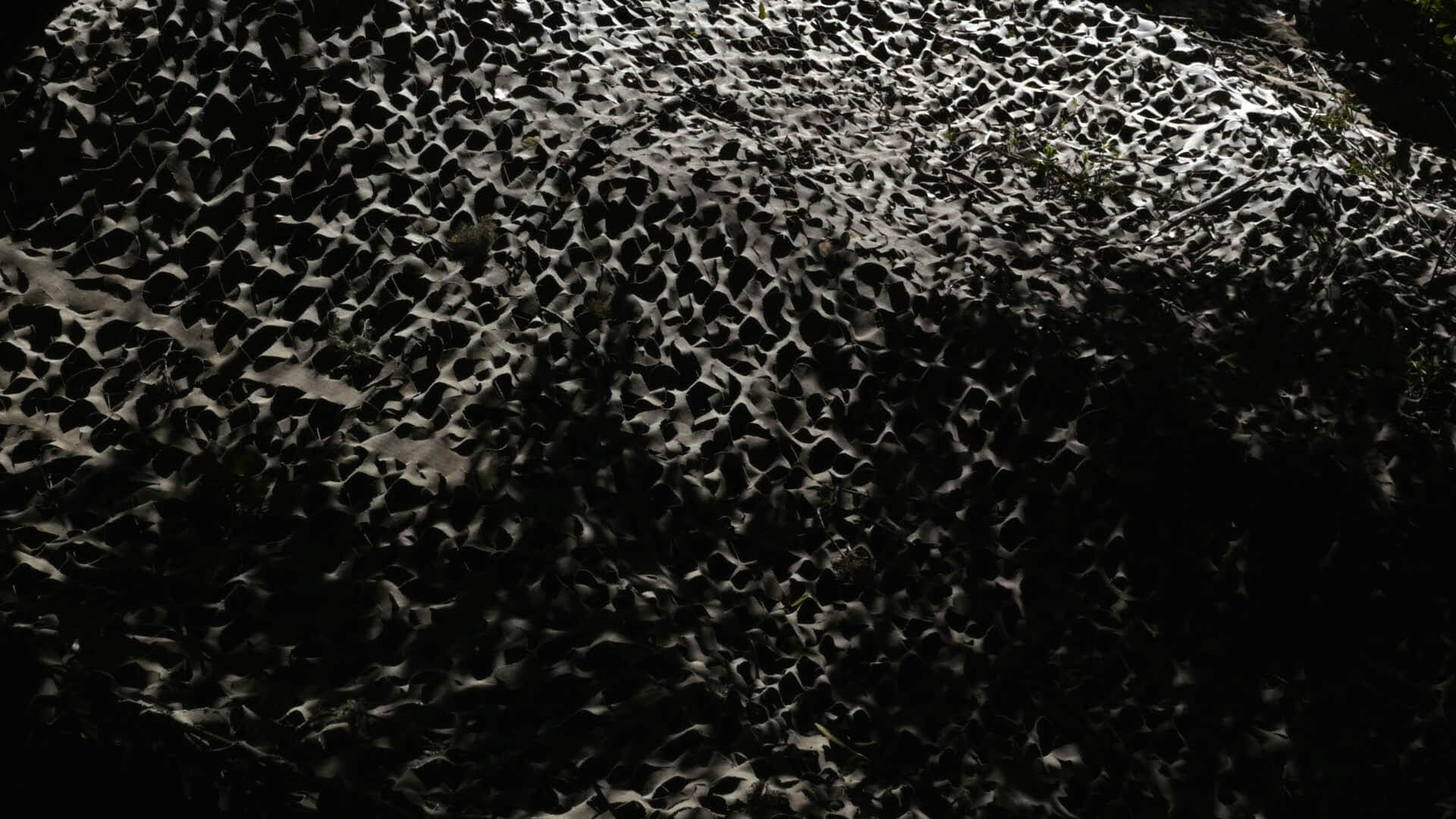 The summit of Mleeta is now home to the Museum of Resistance, a propagandistic re-enactment that reproduces scenic and military scenarios. Set up in the style of a theme park, visitors assume the role of both observer and performer. An auditorium screens lavishly-produced films that dramatically tell the history of the past battles, while guns and other weapons are integrated into the museum’s architecture. 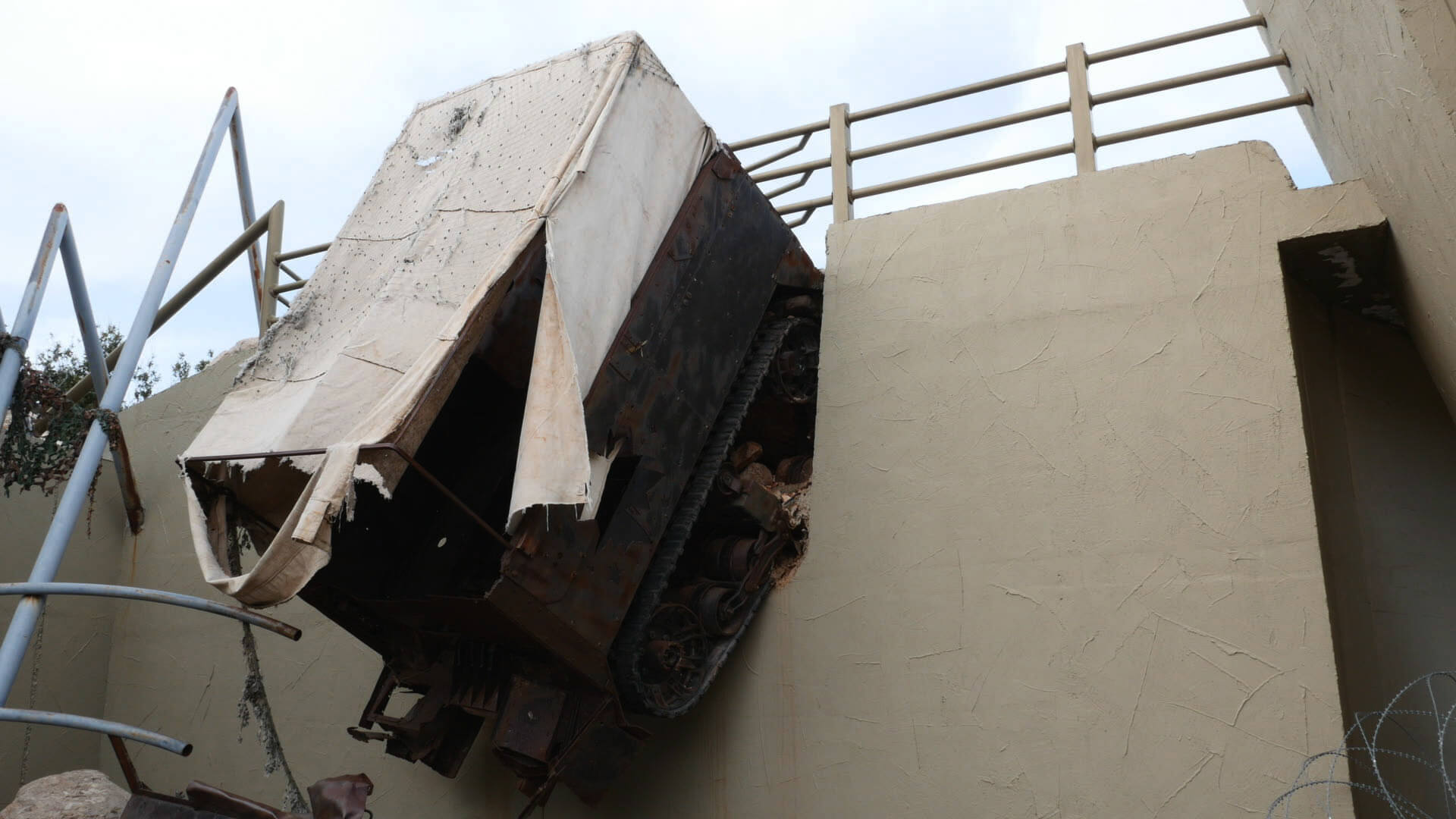 The installation Mleeta explores this theme park’s script with its perspectives, stagings, and narratives, with a focus on the creation of affective perception. The artist intervenes through staged gestures, artificial audio recordings and camera framings into the staged setting. 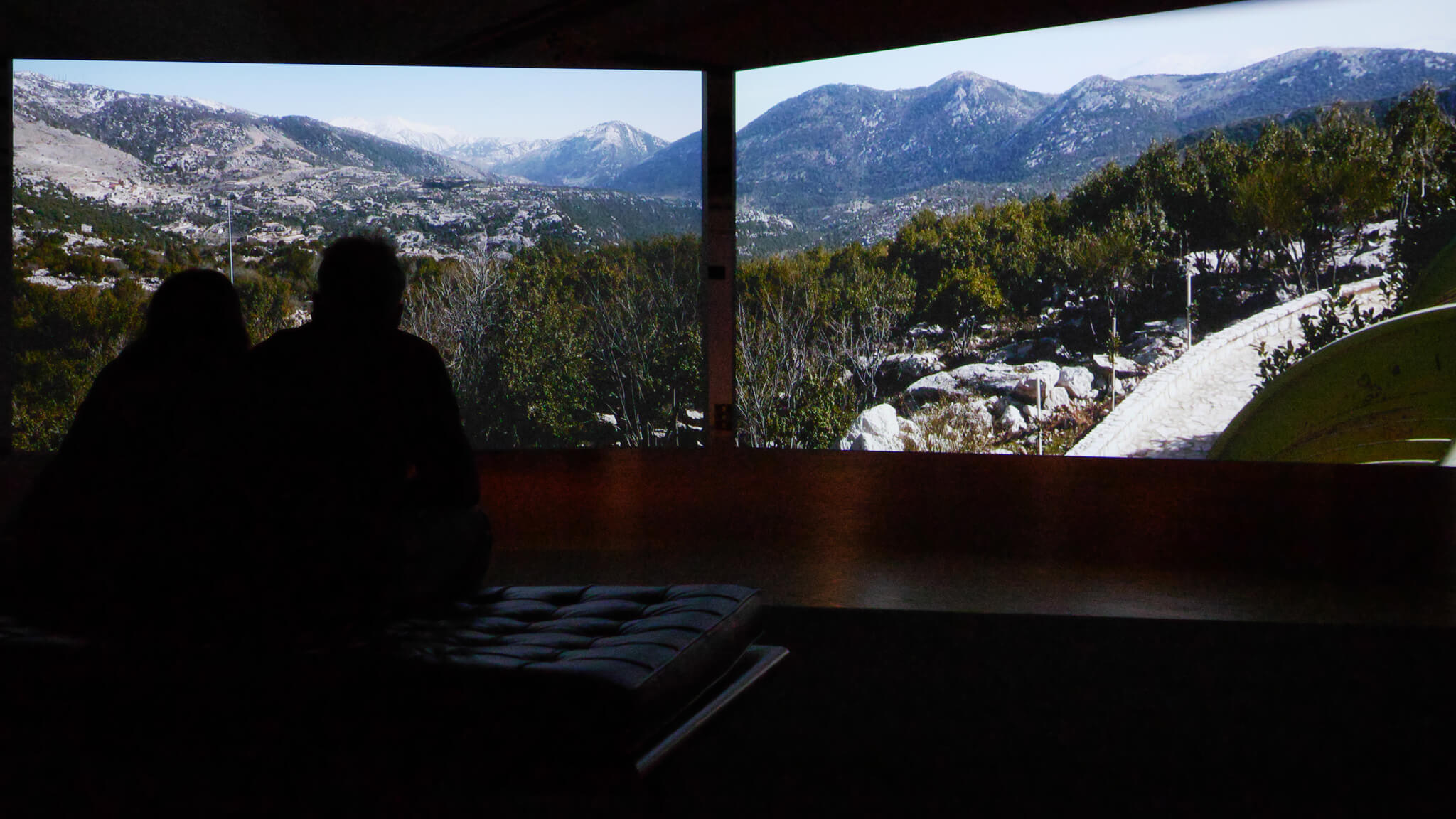 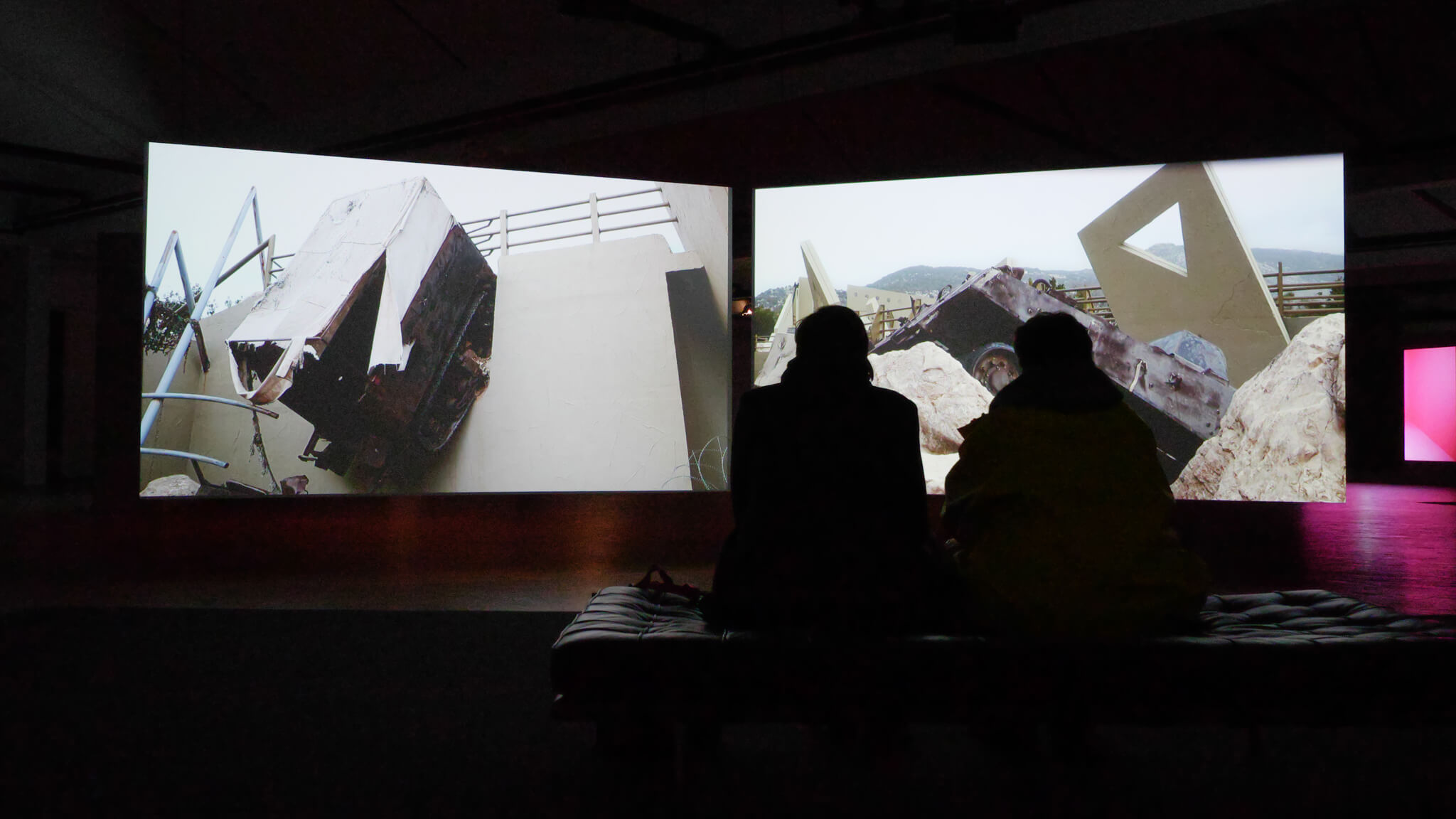