A festival with films from Afghanistan and Iran, with talks on film landscapes, cities under stress and migration.

1979: With the invasion of the Soviet military escalate the civil wars in Afghanistan; in Iran the Shah regime gets toppled. Kabul/ Tehran 1979ff presents historie(s) from 1979 to nowadays, tells from Iranian and Afghan filmmakers, images of daily life from both mega cities and from the refugee camps in the border area of the neighbor countries.

Kabul/ Tehran 1979ff showed more than 60 documentary and feature films from Iran and Afghanistan, amongst these many German premieres. More than 20 filmmakers and actresses, exiled and returnees were invited to discuss on the urban society in Kabul and Tehran, the situation of Afghan refugees, the functionalization of the precarious role of women and the role of cinema in both countries.

The festival took place 2003 in the framework of the project Substitute City on urban daily life on a global scale. The venues were Volksbühne Berlin and Filmkunsthaus Babylon. I curated the film festival together with Jochen Becker and Madeleine Bernstorff. 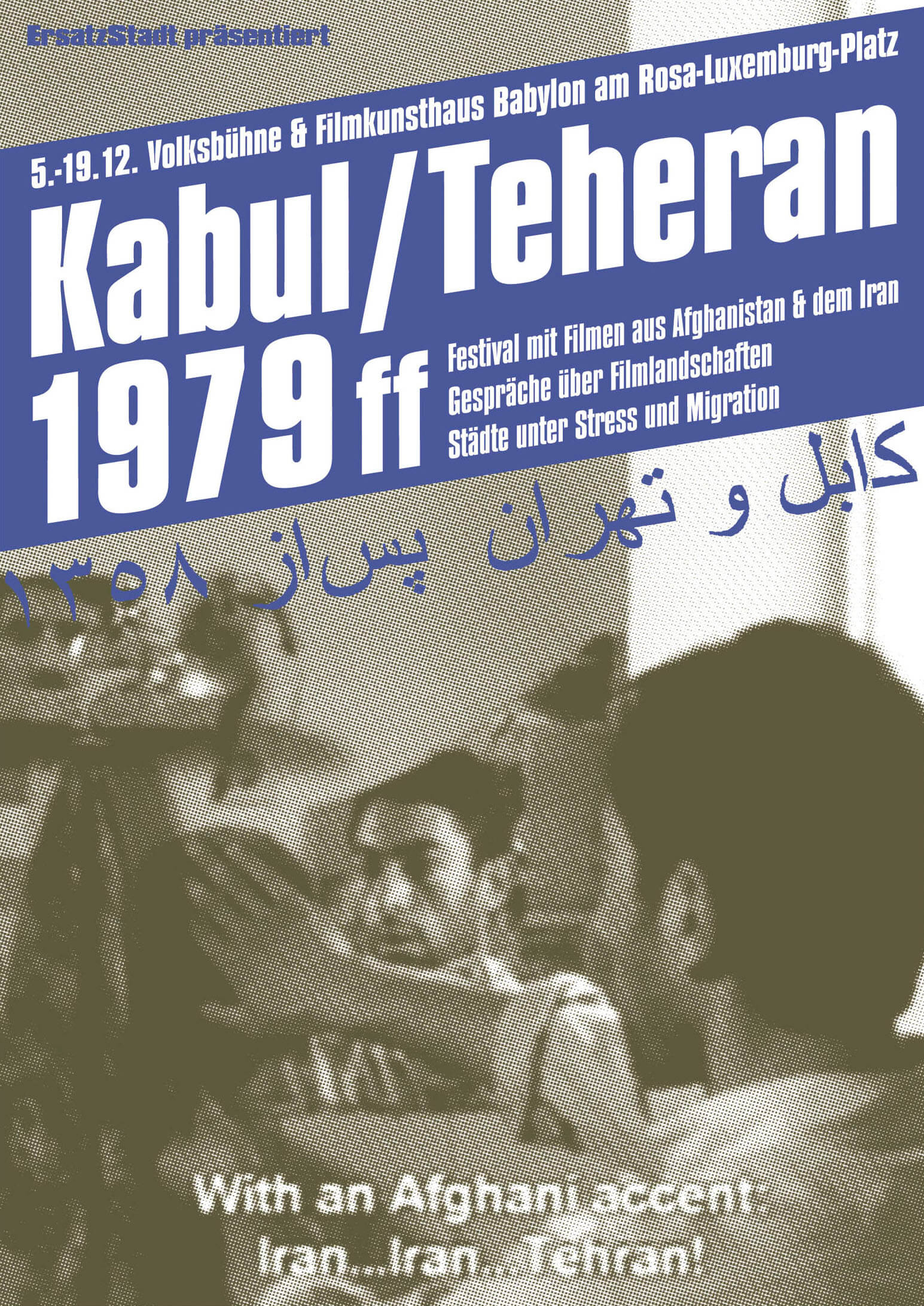 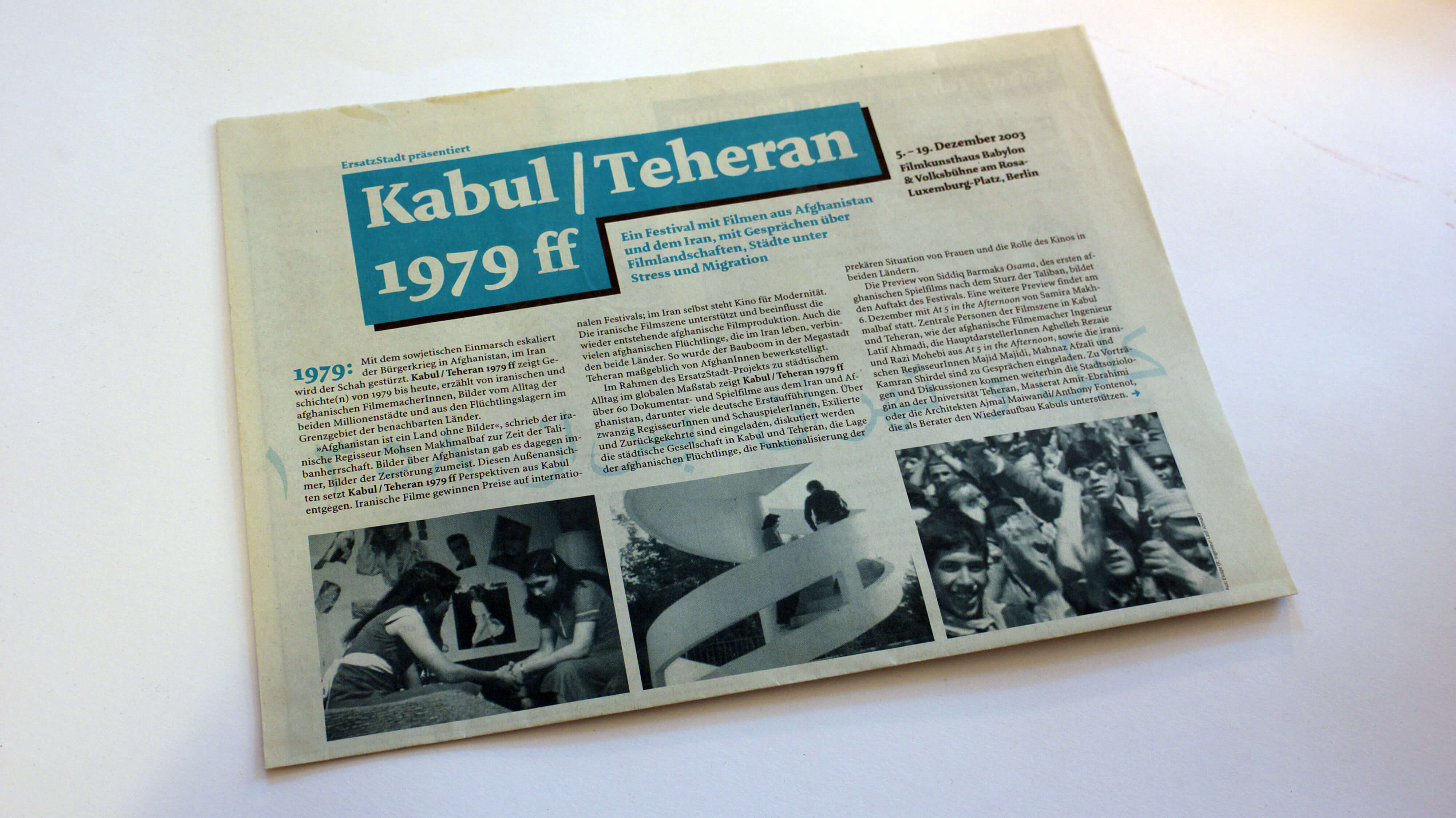